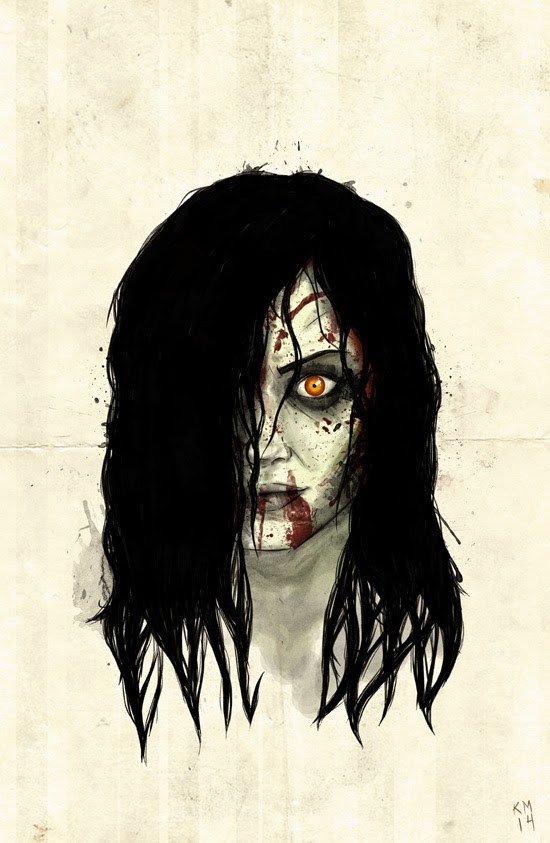 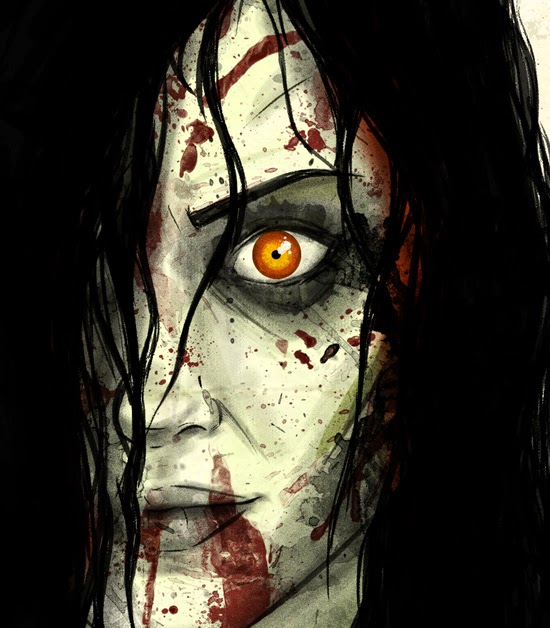 I really dig the Evil Dead remake. It being Halloween (more or less) here's a little possessed Mia action.
Posted by Kieran McKay at 3:24 PM No comments:

Ok, so I did what I told myself I wasn't going to do, and let my site sit for a little while *cough*a year*cough*. But I'm getting back on the saddle! This is a ticket I made for my good friends Stefan and Jo's stag and doe. That's them, down at the bottom there. If you knew them, I think you'd find the likeness quite adequate.

Posted by Kieran McKay at 9:04 PM No comments: 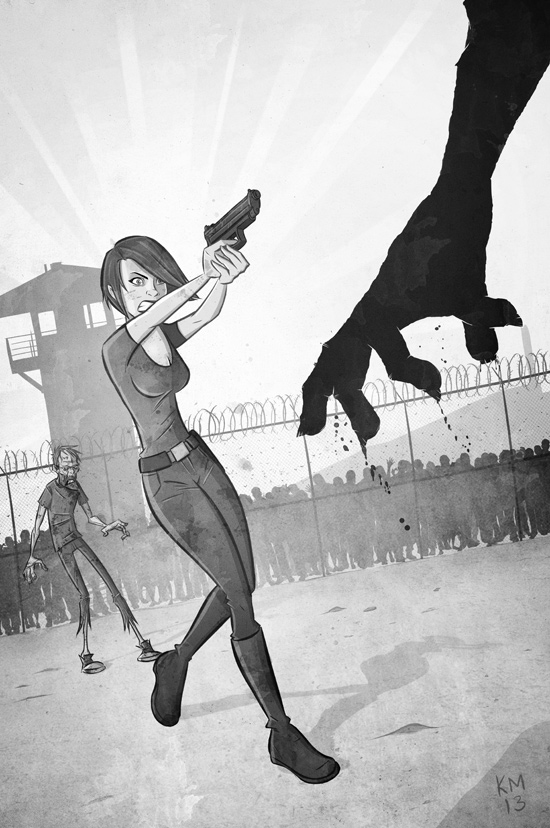 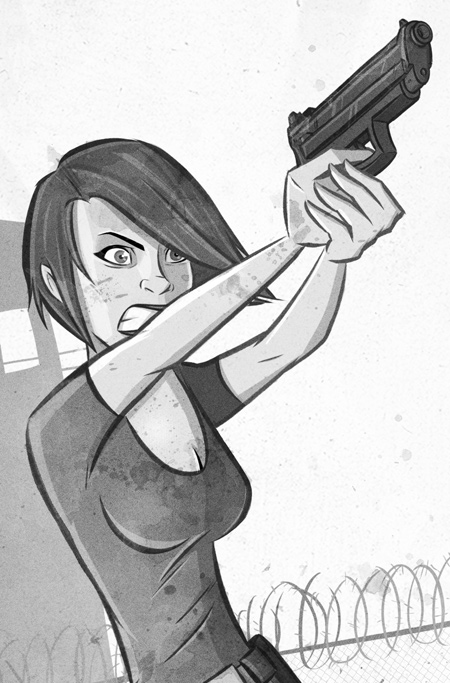 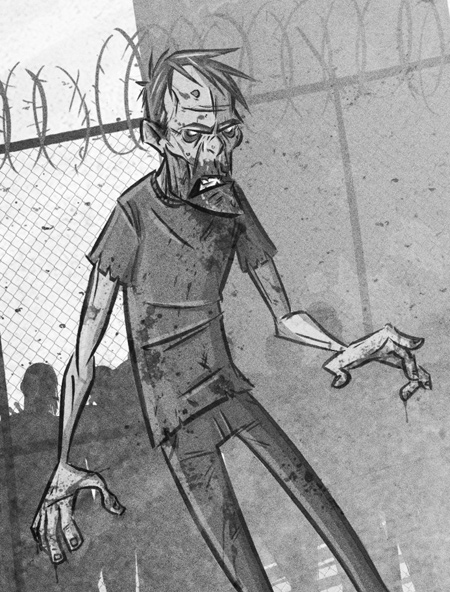 I've been a fan of The Walking Dead for a few years now. I love the comics, and was super stoked when the show started. They're vastly different, and each one has its strengths and weaknesses. While the show hasn't always done the best job representing some of the characters from the comic, one character I feel is an improvement is Maggie. In the comics she doesn't seem to get out much, but in the show she kicks all kinds of ass.
Posted by Kieran McKay at 6:35 PM No comments:

GIVE ME ALL THE BACON AND EGGS YOU HAVE... 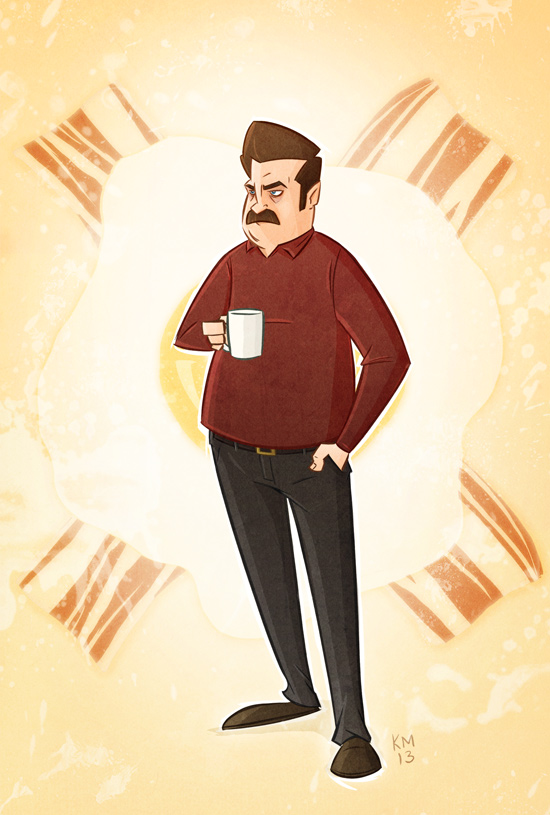 Posted by Kieran McKay at 1:48 PM No comments:

These are some designs I did a while ago for a pitch for a spot for the Alberta Motor Association. Not really sure what happened - if the project went somewhere else or if it just died - but I like the designs, so I'm going to let them see the light of day. 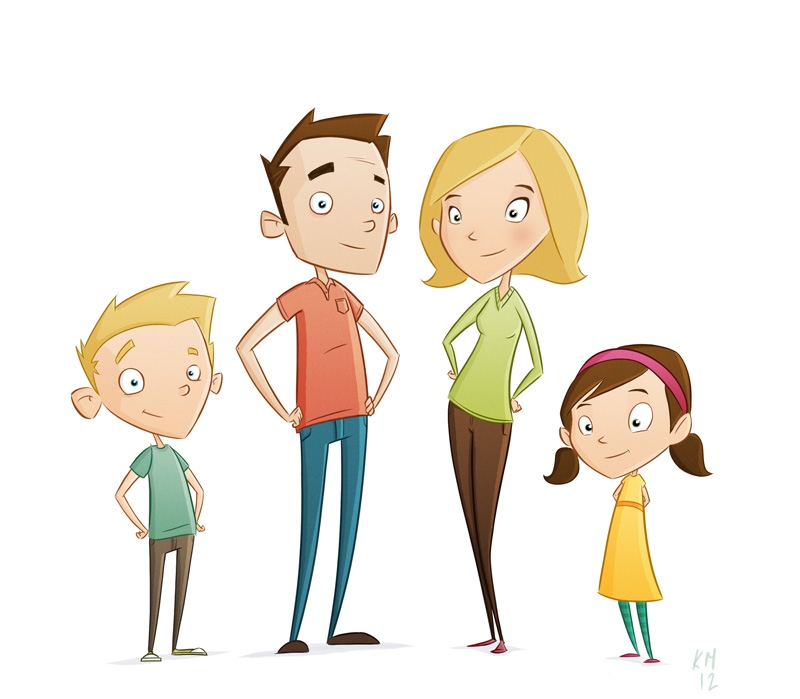 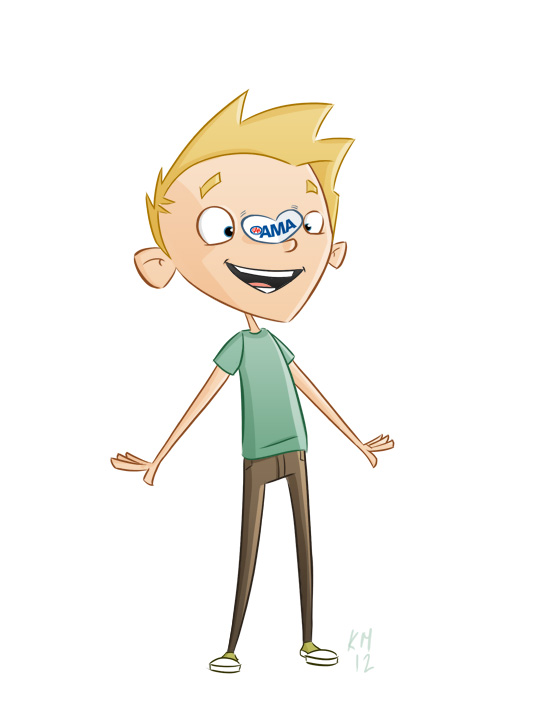 Posted by Kieran McKay at 2:34 PM No comments: 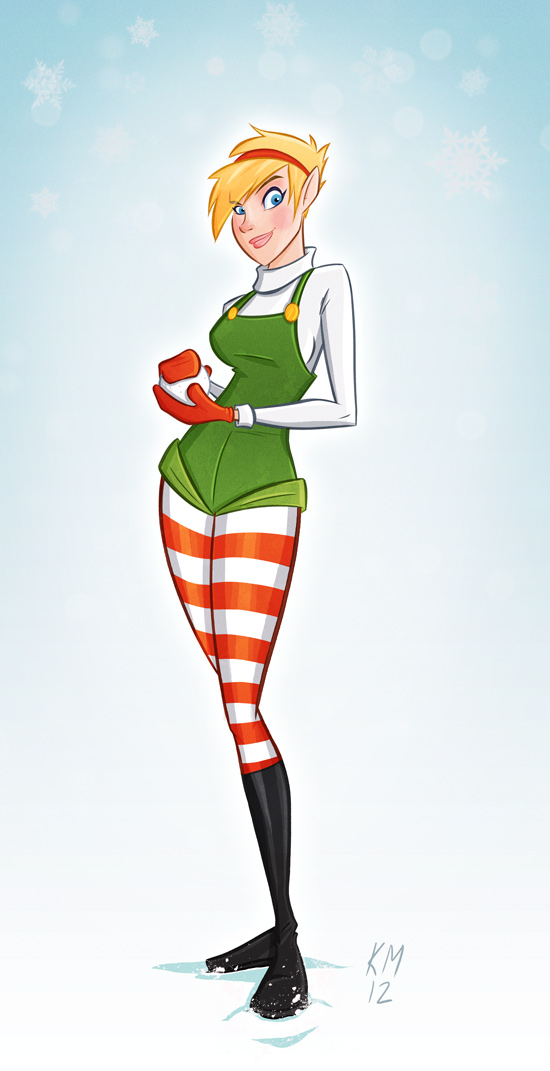 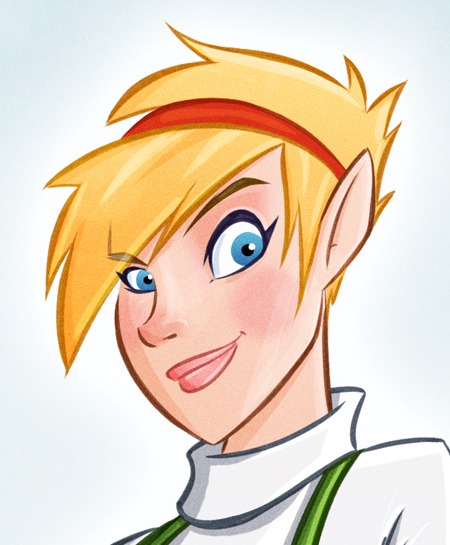 Jingle Belle is Santa's rebellious teenage daughter. She's a character created by Paul Dini. I meant to finish this before Christmas, but at least it's not New Years yet..?

Sticking with the character design thread, this time I thought I'd share some of the process behind these two characters I designed for Mobilicity: 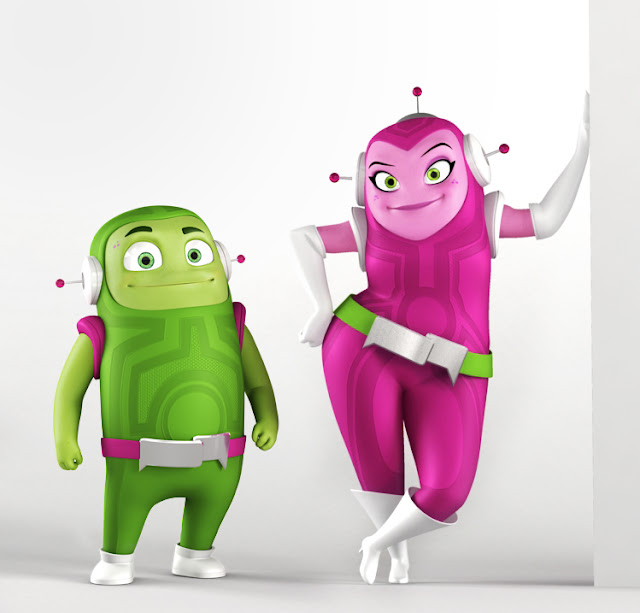 We got the brief to design two aliens, who were meant to be a few inches tall and bent on the domination of Earth. My early designs started out like this: 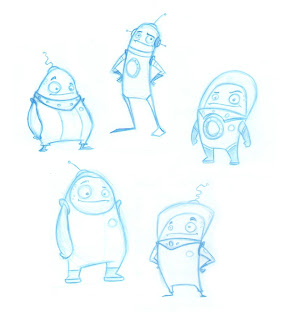 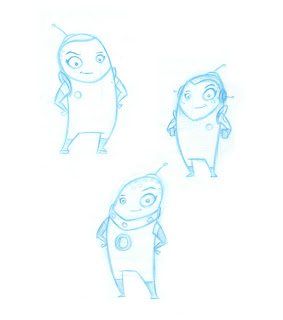 Eventually, we submitted this design for the characters, and won the bid: 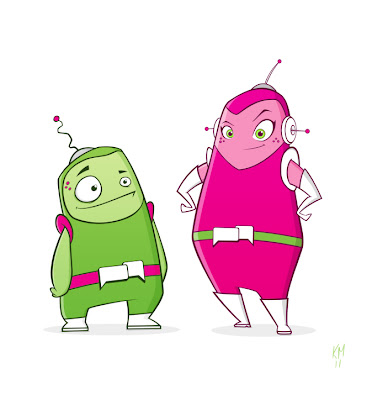 Based on this design, we began modelling the characters. I modeled the little green dude, while my colleague Davor modeled the girl. My original 3D model of the green guy looked like this: 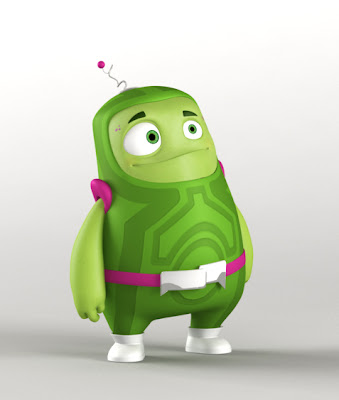 After submitting these renders, we were given feedback to make some fairly major changes to the characters. They wanted them to have more human-like body shapes, and for the guy to look less goofy and the girl a bit cuter. So I made some pretty major modifications to both the guy and girl models, resulting in the final look seen at the beginning of this post. I ditched the stubby legs and bodies, gave the girl a few more curves, and tweaked the faces. I still have a soft spot for the original designs, though. I also rigged both characters, but so far I've only ever animated the little guy. Those shots can be seen on my demo reel.

So there it is, the two Mobilicity characters from concept to creation. This project was lot of fun, despite the crazy turnaround time. I think it was only a couple of weeks between getting the brief and delivering a series of final hi-rez renders for their entire print campaign. We've since done an animated spot and some more print stuff, but I really hope we get the chance to do more with these characters in the future. Tabador better watch his back!
Posted by Kieran McKay at 2:51 PM No comments: